In an effort to help limit the spread of coronavirus (COVID-19), effective Tuesday, March 17, 2020, all city facilities will be closed to public walk-ins until further notice. City services will be available online, by phone, and through limited in-person appointments. Please review the full news release here.

Winder City Council passed an Emergency Declaration and Ordinance which is effective immediately and shall remain in effect until 11:59 PM on April 6, 2020. Please read the full document here.

Winder Listed in "Safest Cities in Georgia" for 2017

CITY OF WINDER LISTED IN "SAFEST CITIES IN GEORGIA" FOR 2017

The City of Winder has been listed as one of the Safest Cities in Georgia by The National Council for Home Safety and Security at number 40 in the State of Georgia.

To come up with its list, the Council reviews the most recent statistics from the FBI Uniform Crime Report (January - June 2016), along with its own population data and internal research.

Cities with populations under 5,000, and those that failed to submit complete crime reports to the FBI were eliminated from consideration.

Those remaining municipalities were ranked based on the number of reported violent crimes (aggravated assault, murder, rape and robbery) and property crimes (burglary, arson, larceny-theft and motor vehicle theft) per 100,000 people.

The National Council for Home Safety and Security is a national trade group that provides education and knowledge about the home safety and security industry to consumers. 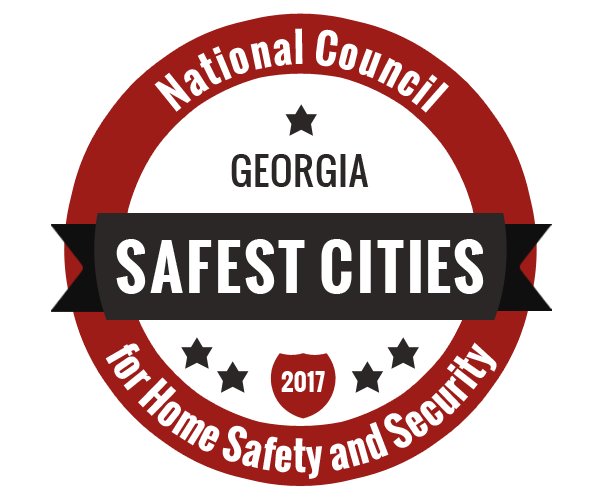